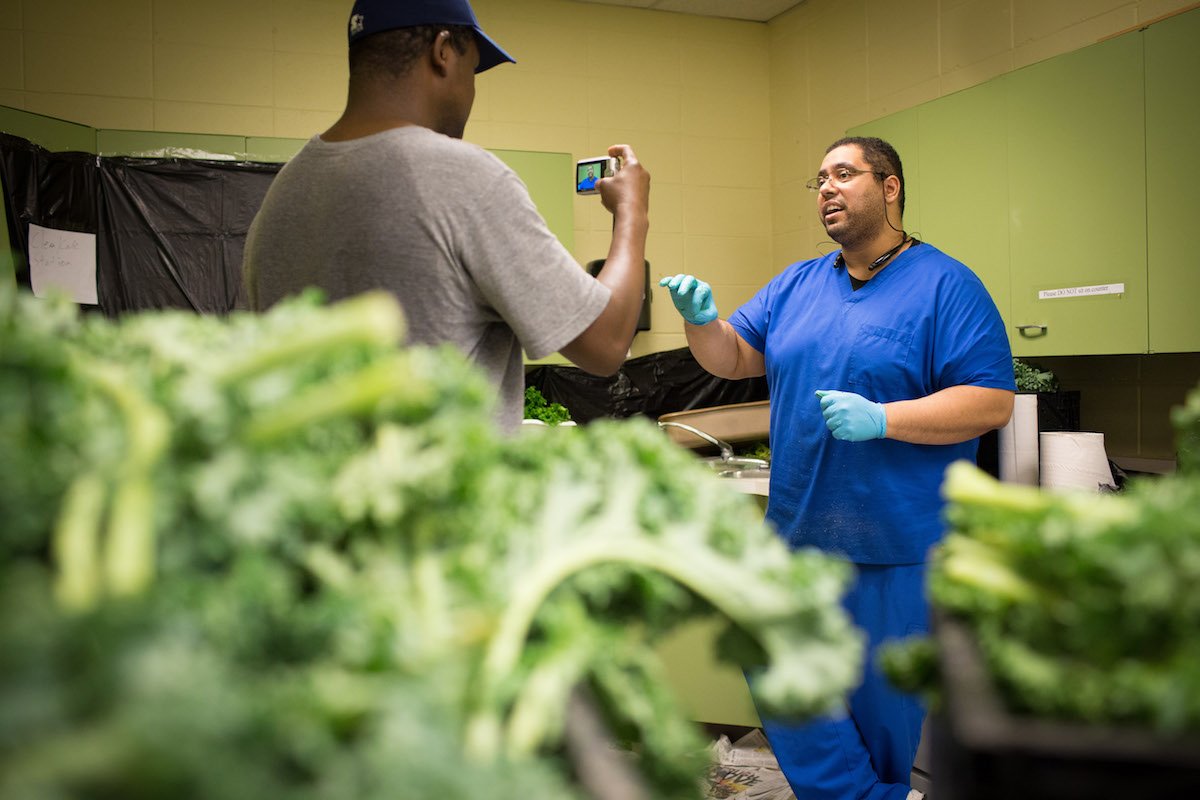 EasyKale's founder, Bilal Qizilbash, is a biologist and scientist. As part of his master’s degree work, he participated in experiments where he showed that juiced kale kills melanoma cells, while not killing non-cancerous cells.

His findings lead him to launchEasyKale™, as he recognized that people could benefit from more kale in their diets, but that the taste, texture and effort to prepare kale made it highly unlikely people would get a daily serving of kale.

The disease-fighting potential of kale is also why Bilal insists that EasyKale’s is produced using a specially designed cleaning procedure for removing pesticides and a low-heat method for drying the kale, all with the goal of delivering 100% pure “shakable” kale that retains the benefits of leafy kale. (It’s his belief that many approaches to dehydrating kale alter many beneficial vitamins and flavonoids.)

Bilal isn’t the only kale proponent who has seen evidence of kale’s cancer-fighting potential. Cancer.gov has kale on its list of cancer-prevention vegetables. MedicalNewsToday.com touts the chlorophyll in kale (and other green leafy veggies) that can "help prevent the body from absorbing heterocyclic amines. These chemicals are produced when grilling animal-derived foods at a high temperature, and they are associated with cancer.”

At TheTruthAboutCancer.com numerous benefits of kale our touted before we get to item #9 “Fights Against Cancer.”

According to the article: "A study published in the journal Molecular Cancer found that sulforaphane glucosinolate stopped growth in epithelial ovarian cancer cells. Numerous other studies have been performed on kale which show cancer preventive benefits from kale intake, and in some cases, treatment benefits as well.”

Kale’s anti-infamatory properties help in the fight against cancer, as do the carotenoids and flavonoids, which have been shown to offer cancer preventative benefits.

The Washington Post puts it succinctly in their story “Eat Your Kale.” In that piece they quote nutritionist Cheryl Harris, who says about kale:

“Brassica vegetables are known to help with general health as well as heart disease and cancer, but even among this group kale stands out” because it has the broadest range of antioxidants and also the highest levels of several specific ones, along with Vitamin K and a type of Vitamin E that seems to be heart-healthy."