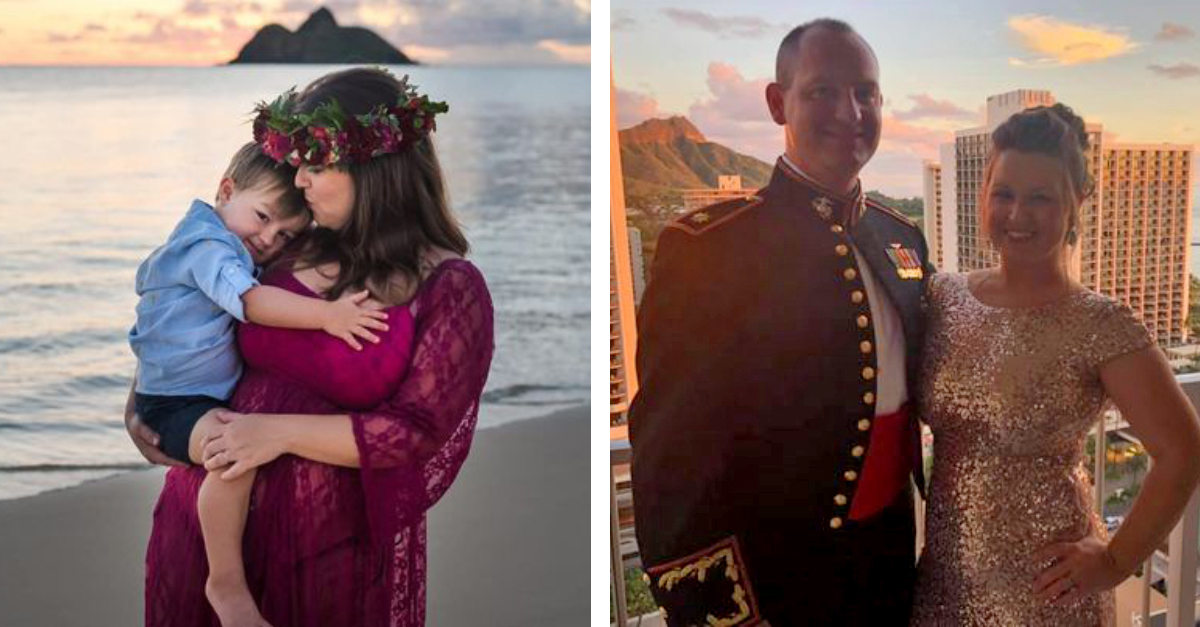 Because those who serve are often moving from place to place, oftentimes across the country or even the world, spouses have a difficult time finding consistent work.

This is either because they’re unable to commit to a specific timetable or they have gaps in their work history causing employers to be a bit gun shy.

Michelle Penczak fell victim to this.

She woke up on a Monday morning in August of 2015 to learn she no longer had a job. 400 other people woke up to this same fate.

The company they all worked for, Zirtual, crumbled literally overnight and relieved employees of their duties via email.

To add to the stress of not having Michelle’s income, the Penczaks were also expecting their first child.

Extremely off guard and discouraged, Michelle didn’t let this faze her completely. However, she would find it difficult to find another job.

After several rejections because she was a military spouse, Michelle didn’t see an obstacle, but rather an opportunity.

There was an entire group of people out there unable to find work simply because they were military spouses.

And thus, a new company was born.

Starting a new venture didn’t come without its challenges. Michelle had also recently given birth to their first child.

She was working harder than she ever had before, and now with a newborn. Right when her new company began seeing some success, Michelle’s husband Sean, was reassigned to Hawaii.

The Penczaks packed up and moved from their home state of North Carolina to the island of Oahu. As Michelle said, “We couldn’t have moved further away from our friends and family without leaving the country.”

As if leaving their home behind wasn’t hard enough, Michelle now had a budding company on her hands. She had also made a commitment to her clients.

The time difference between Hawaii and the East Coast is 6 hours, but Michelle didn’t let that stop her from working and building her company. So, she adapted. This was something she had certainly learned by being a military spouse.

She never missed a beat and her clients never saw a dip in productivity.

In fact, in March of 2017, she had to expand her business because she was growing so fast.

She wanted to further specify what she was already doing by putting military spouses at the focus of her company.

And this is where Squared Away comes into being.

“We exist to make work better by letting you focus solely on what matters. We are your trusted assistants. This entire journey started because Michelle, our CEO & Co-founder couldn’t get a job due to her being a military spouse. Constantly changing bases meant being in a different city at a moment’s notice. Everywhere she went, she met others with the same story.”

This quote is directly from Squared Away’s website and perfectly defines who they are and why they do what they do.

Their mission is to hire as many military spouses as possible, and they’ve done just that. The company is about to hire its 200th employee, something Michelle said she never even dreamed of. Squared Away also takes pride in now being able to offer maternity leave to its employees.

If you haven’t caught on quite yet, Michelle is extremely big on family time, and is proof that you can both work a fulfilling job and share quality time with your loved ones.

The Penczak family has since moved to San Diego, where Sean is prepping for his next deployment. He’ll be serving as a V-22 pilot.

We asked how the family deals with Sean leaving yet again to serve his country.

While Michelle didn’t shy away from the fact that it is indeed tough, the family has instead decided to look at the positives. They turn the situation into an adventure where daddy gets to come home and share all of the cool stories with the family’s now two boys.

Michelle also playfully asks, “How many people get to go on their fifth first date?”

Michelle has also found community in her “military spouse family” where they lean on and encourage each other.

Michelle leaves us with a word of advice to all employers, “Just because someone has a five year gap in their work history because he or she is a military spouse, don’t discount them.”

We are extremely grateful for the sacrifice that the Penczak family has made and continues to make to keep us safe.

Feel free to check out all that Michelle and the rest of the Squared Away team are up to at www.gosquaredaway.com.