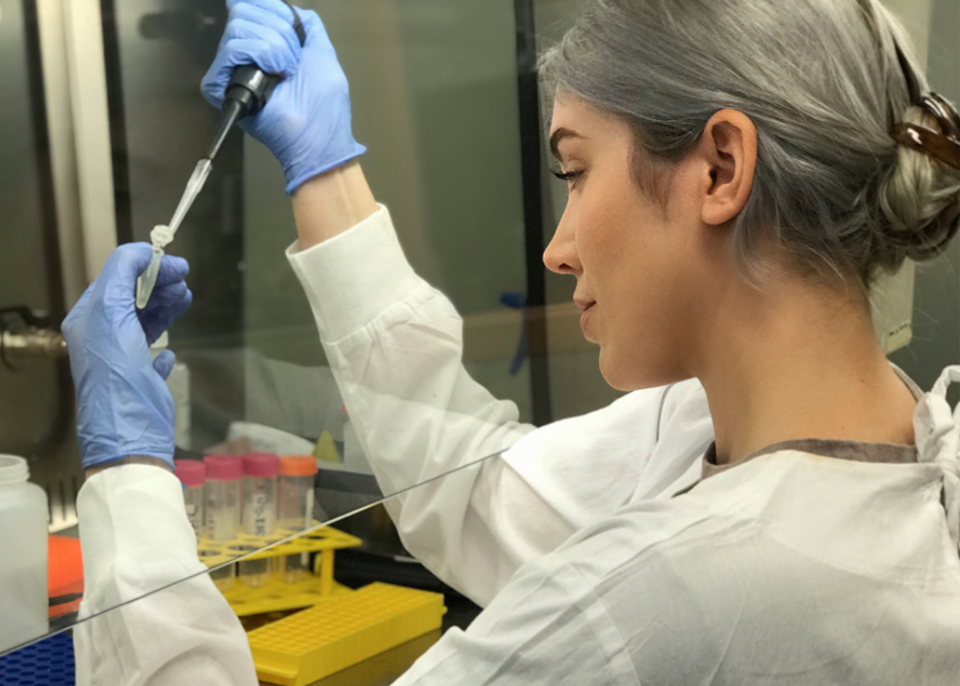 We’re sure you’ve heard enough about COVID-19, but this post is different, trust us! It’s just the vehicle that allowed us to connect with our new friend, Morgan Freney.

Morgan is an aspiring scientist currently pursuing her doctorate in molecular virology at the University of Queensland in Brisbane, Australia.

She grew up swimming and surfing in a coastal town called Byron Bay, which is about two hours southeast of Brisbane. She even had dreams of becoming a professional swimmer when she grew up.

However, when she was only 12, Morgan developed an anxiety and depression order. This effectively ended her swimming career. Morgan’s disorder became so severe that she stopped attending traditional school and finished her high school years through a homeschooling program.

Admittedly, Morgan didn’t really like school, which caused her grades to suffer. Despite this creating challenges with her future university applications, Morgan was accepted into UQ.

Morgan decided to study biotechnology, in which she would ultimately obtain her bachelor’s degree with first degree honors.

While in undergrad, the world was at the mercy of a different outbreak in Ebola, and Morgan’s main project was to try and develop a vaccine for the virus. She did all this while also conducting research on both the West Nile and Zika viruses and how they cause diseases in hosts. Morgan also spent time on another project researching and testing vaccines for crocodiles infected with West Nile. This peaked Morgan’s interest in infectious diseases and helped her find her calling in life. She was going to create and develop life-saving vaccines and other products to benefit humanity.

Oh yeah, Morgan’s only 25 years old. Sounds like she’s well on her way to saving the world.

Morgan isn’t your stereotypical scientist, whatever that is. She’s breaking down walls and isn’t letting anything or anyone stand in her way. Tell this girl she can’t do something and she’ll politely look at you and say, “Okay, watch me.”

Morgan also wants to be a role model for those younger than her, especially young girls who want to become scientists, too! She wants to make science available and more accessible for everyone. What’s the use in science if the discoveries intended to help humanity never make it to where they’re needed most? Morgan wants to be, and is, an ambassador for science.

In fact, take a look at her Instagram Q&A specifically pertaining to COVID-19.

*Question 2: why do you think SARS-CoV-2 is possibly ‘airborne’. Hey all- my first video! This took forever to edit but now I’ve done it once, hopefully it will be all smooth sailing from here. Apologies if it’s a mess, not refined- I didn’t practice my responses because I wanted to keep it conversational and my immediate thoughts. Don’t try to count the number of times I said ‘so’ or ‘um’ 🤭. I’m also really sorry to everyone who deserves subtitles! I spent so long editing this that I didn’t have time to add them. If you have an app or something that can add them automatically please let me know! If you enjoy this video make sure to also like and comment- if I get mostly good feedback I’ll be happy to dedicate more time to videos in the future. If you all hate it, no more videos from me 😅 . . #virology #virologist #womeninstem #science #sciencelover #scienceinfluencer #scicomm #hotscience #science #laboratorylife #sciencematters #researcher #phd #womeninscience #lablife #phdlife #viruslab #laboratory #sciencegeek #sciencegirl #fightingviruses

Morgan’s advice isn’t just for young women wanting to pursue a career in science. It’s for those who have always been told they can’t do something. Morgan encourages us to do things in our self interest and to work on things that are self directed. If you’re told you can’t do something, ignore it. Don’t change your narrative just based on what someone else has told you.

Only you can write your story. We thank Morgan for writing her own and sharing it with us.