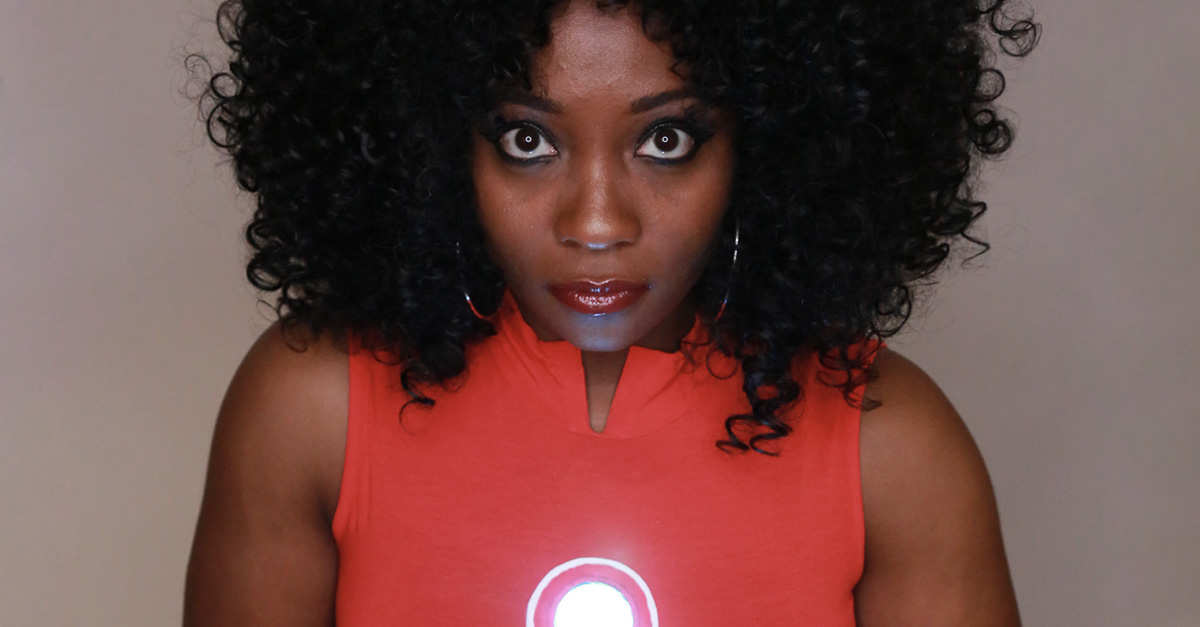 When it comes to cosplay and anime lovers, there is no rubric or specific mold that needs to be followed.

Take Rachel Sprinkle for example. She’s an attorney for the Mississippi State Department of Health. One wouldn’t think an established lawyer would be so into cosplay, but she is.

Attorney by day, cosplayer by night, who affectionately goes by Gamma Rae Cosplay.

Rachel’s story begins in Delaware where she was born. Then, her family moved to the great state of Mississippi when she was just two years old. Rachel would grow up in Brandon and graduate from Brandon High School in 2005. She continued her education at the University of Mississippi in Oxford where she majored in political science and became a member of Delta Sigma Theta Sorority, Inc.

After undergrad, Rachel decided to further her education by studying law at Southern University Law Center in Baton Rouge, Louisiana.

Rachel returned to her home state of Mississippi where she took a position at the Mississippi Insurance Department as the Senior Staff Attorney and Supervisor over Rate and Forms in the Life and Health Division to ensure carriers were in compliance with both state and federal healthcare regulations.

While in this role, Rachel thought it would be beneficial to get another degree. So, she enrolled in Loyola University Chicago School of Law where she obtained her Master of Laws in Health Law.

With a new degree under her belt and a wealth of experience, she was able to land a job as Director of the Office of Rural Health and Primary Care for the Mississippi State Department of Health.

While this new role has brought on many challenges, Rachel absolutely loves her job. She’s able to do good and make real change for the state she loves so much.

It’s clear that Rachel is an esteemed professional who deeply cares about the work she’s doing.

What’s also no secret is Rachel’s love for cosplay and all things anime. She’s a self-proclaimed huge nerd.

Cosplay is a portmanteau of the words “costume” and “play”. It’s a form of expression where cosplayers are able to wear costumes of their own creation to represent a specific character. These characters can come from cartoons, comic books, anime, television series, literature, sports, video games. Really almost anything. Think of a cosplayer as a superfan of a particular topic.

When it comes to anime there is almost nothing she hasn’t seen. She loves Sailor Moon, superhero movies, and everything in between.

What she loves most about the anime and cosplay culture is the relationship building aspect and the close-knit family vibes it provides.

She loves designing and creating new costumes and is particularly addicted to props and how she can incorporate them into her new outfits. Thrift stores are a cosplayer’s best friend according to Rachel. A few of her favorite cosplays are Sonic the Hedgehog, Speed Racer, Dr. Stone, and Monkey D. Luffy of the anime series One Piece, to name a few.

Cosplay provides a sense of escapism for Rachel.

The cosplay community is welcome to anyone and everyone. She’s met doctors, lawyers, activists, teachers, and every profession in between. It’s a sense of release for these demanding jobs.

Rachel has been able to create many new connections and has made many new friends along the way. She doesn’t feel alone when she’s cosplaying.

She even hosts a podcast called Geeked Up with DJ Young Venom where they discuss everything related to geek and pop culture.

Rachel’s goal is to keep Mississippi moving forward. She wants young black girls who might feel weird or out of place to feel empowered and she wants them to know that “there’s nothing wrong with who you are.”

Rachel is also the co-founder of the Geek Girl Brunch Jackson Chapter where it’s a come one, come all environment for all geek girls. She believes that Mississippi has a lot of potential for growth and opportunities.

Rachel is unapologetically herself and wants to encourage others to just be themselves.