MENU
Blog Posts
>
How Can You Get Your Kids To Eat More Kale?

How Can You Get Your Kids To Eat More Kale? 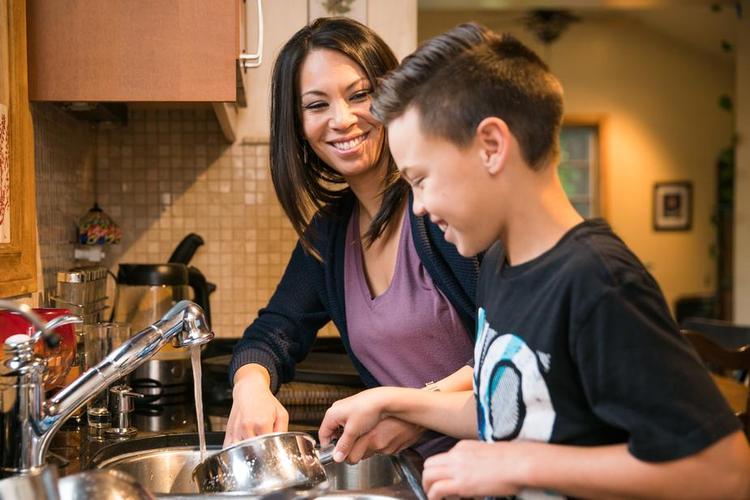 We've been talking to a lot of moms recently about their kids' eating habits (some of them mention their husband's as well) and how a lot of moms have trouble getting their kids to eat healthy foods.

Too often kids bolt from the table at the first sign of something good for them—which causes some moms to go into stealth mode.

The truth is, kale is really good for most kids, and it's something that is worth getting into their diets. According to SuperKidsNutrition.com, kale is high in Vitamin A (healthy eyes and skin), calcium (teeth and bones), potassium, Vitamin C (healing wounds), Vitamin K (blood clotting), folate, fiber and antioxidants.

Researchers at the University of Illinois found that that the lutein in kale and other leafy greens may be correlated to better academic achievement by children aged 8-10. Lutein is often sold as a supplement for eye health and combating issues with vision, and the story references previous studies that suggest lutein may preserve cognitive function in aging people; this study focused on youngsters.

SuperHealthyKids.com points out that kale has a high concentration of sulfur, which, according to the post, is important for liver function. They also claim that "kids love kale," and they suggest blending it and using it to make ice cream, smoothies and popsicles.

Want more advice on how to actually get kids to eat kale? Well, aside from hiding kale in other foods (such as in this whole wheat pasta and pesto recipe from Today's Parent), Parents.com suggests that you "start early and don't give up!" And while they call kale a "trendy green" they're right to suggest that the more greens you feed kids, the more likely they are to get used to them.

One of the moms we spoke to recently, who is also a chef, pointed out that getting kids in the kitchen and involved in cooking kale (or any of those veggies they run from) will often get them more willing to try it and enjoy it.

EasyKale is another option. Some of our moms report that their kids enjoy shaking EasyKale on their food, making it something of a game. (One kid reportedly calls it the "green salt" and puts it on lots of foods.)

Other parents find that EasyKale makes it easier to add kale to other foods they're preparing—spaghetti sauces, soups, casseroles, smoothies, dips—and their kids are none the wiser.

WebMD says kale is one of the leafy greens that is not just a "superfood," but important for brain development. That alone may be a great reason to get more kale into your kid's diet!