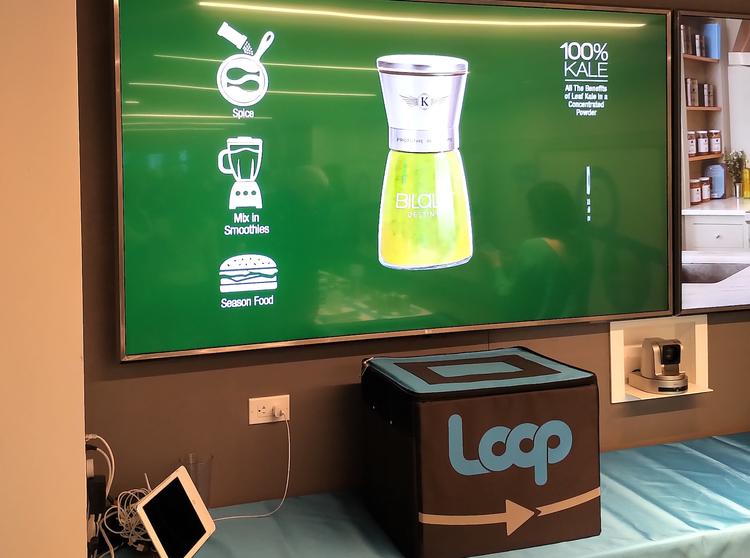 CEO Bilal Qizilbash is in New York City this week with Bilal's EasyKale™ alongside a select number of national brand representatives for the U.S. launch of Loop – the zero-waste, circular shopping program first launched in Paris last month.

Loop provides shoppers a way to buy some of their favorite products (such as EasyKale) in reusable packaging delivered in a special tote bag by a UPS delivery person.

The system works in a way reminiscent of the milkman in years past. The tote of empty bottles and cans is retrieved by UPS so containers can be re-used.

“Our product EasyKale was chosen because of its rapid growth in consumer popularity and because it is inherently healthy, is grown on a sustainable farm, and lends itself well to a reusable container designed for Loop,” Qizilbash said. “This is as green as it gets!”

The New York launch of Loop at the headquarters of the World Economic Forum attracted the interest of over 150 members of the media in the U.S., along with as many as 100 influencers with whom Qizilbash is discussing his product and its benefits.

“When I was studying for my master’s in medical sciences, I found that juiced curly kale selectively kills melanoma cancer cells in vitro while not affecting non-cancerous cells,” Qizilbash said. “The most rewarding part of this amazing opportunity with Loop is that we’ll be able to share the healthy benefits of EasyKale with more people than ever.”

Amazon.com recently named Bilal's EasyKale an Amazon’s Choice item. As a result, demand has been increasing at an unprecedented rate, and production has been kicked into high gear.

Until Loop is available in all areas, Bilal's EasyKale can be purchased exclusively on Amazon.

Bilal's EasyKale™ is a virtually tasteless, textureless, powdered form of kale crafted by a patent-pending process. It has a low-level, pleasant smell compared to fresh kale and has the health benefits of kale without the taste or fuss of preparing. It can be added to any food, soup, sauce, drink, dip or smoothie and is a great way for kids to get a daily dose of vegetables. (Works great for adults, too!)

EasyKale Labs LLC is based in Jackson Mississippi and is a Triple Bottom Line company. Five percent of EasyKale Labs’ net profits are earmarked for two different causes—feeding the homeless (via the Draw-a-Smile Foundation) and educating a new generation of coders from at-risk backgrounds via the Mississippi Coding Academies.