Why Nearly Every Woman Can Benefit From Kale In Her Diet 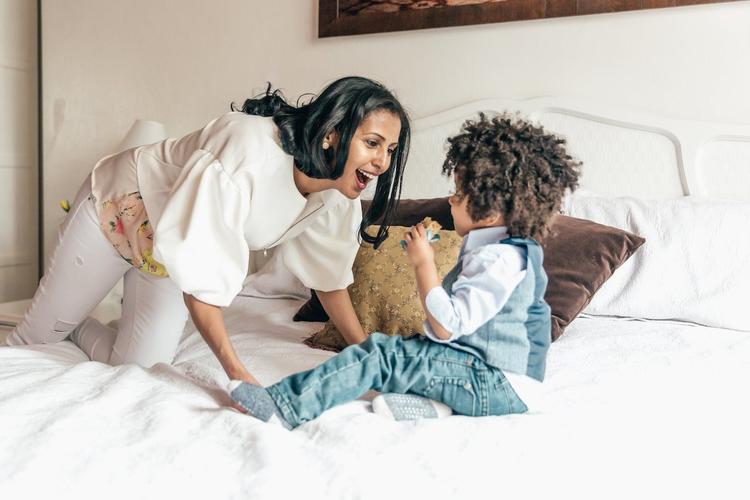 Ever heard of the saying "kale is the new beef?" Judging from the fact that kale has more iron per calorie than beef, this saying is true. And that's one reason why busy women can benefit from adding kale to their diets—in fact, that's why some call kale the "queen of greens."

As a modern woman, you may have a family to look after, sometimes including a small baby or growing children. There's your demanding job, a side hustle to supplement your income, and to top it all, and a hobby you would like to make time for.

We all do our best to fit everything in our schedule and make sure we have enough sleep. Yet every day, barely into your routine you are already burning out, exhausted and losing focus. Your friend or neighbor on the other hand seems to have a smooth transition.

So you are tempted to add an extra cup of coffee to your day...but what if the real problem is you're lacking iron in your body?

That's one good reason why, particularly as a woman, you need kale in your diet.

Between the ages of 19-50, 18 mg of iron is recommended for women for the average daily intake, as compared to only 8 mg for men.

For all your multitasking. Iron is essential for the formation of red blood cells which carry oxygen to every single cell in the entire body. Low iron presence means less red blood cell count which in turn means that the body will struggle to transport oxygen in the blood stream. Metabolism in your body will be slow. This makes you get easily exhausted.

For better skin. Hemoglobin in the red blood cells give the skin its color. Low red blood cells therefore make your skin look pallid, meaning what you need is not a new type of cream or moisturizer but simply an addition of kale in your diet. According to Womentribe, Kale also offers Vitamin C, E, zinc and various antioxidants that all help the skin.

For health during menses and pregnancy. During menses, a woman loses a lot of blood, which needs to be covered up for by iron intake. In addition, according to the National Institutes of Health, during pregnancy, a woman requires 27 mg of daily iron intake as compared to 18 mg of a non-pregnant female, and which is over three times what is recommended for men. This is for oxygen circulation, metabolism and the baby's blood cells. A low blood count could therefore lead to extreme exhaustion in pregnancy or an anemic condition in the extreme.

For anti-depressive qualities. ﻿While depression is by no means an exclusively female challenge, it's still something that many women cope with. The carotenoids and omega-3 fatty acids in kale have both been shown to fight the symptoms of depression. Indeed, according to Well-Being Secrets: "The combination of protein, iron, folate, and vitamin B6, all found in kale, can create more serotonin and dopamine." Those two chemicals can impact feelings of happiness and contentment in the brain.

"But I hate the taste of kale!" You may be thinking. And yet the idea is to get a serving of it daily.

Try EasyKale! It's 100% kale, but it's been dried in a way that reduces the flavor profile, making it less better and easier to enjoy in a variety of foods.

You can shake the powdered kale into your meal (not to mention your husband's and kids' food) and save time to prepare while at the same time ensuring you have an adequate intake of this superfood in a pure form, with no artificial ingredients.